What Is No Code Software and Answers to Common Questions

In this article, I want to talk about something and that is the concept of no code development, and the no code movement. So what is no code? You might have seen on startup websites or other places it’s referred to as no code or without code just different kinds of naming conventions.

What is no code?

No code or visual programming is actually a way to build digital products, apps, websites etc without writing a line of code without having to learn how to manipulate code itself or write a programming language.

What can be built using no code?

Some people often think that it’s just about building websites or landing pages so they think of software such as Wix or Squarespace. However, the reality is that no code has really come from very far and the tools that are now out there allow you to build messaging apps. They allow you to build marketplaces. You can build productivity tools, you can build dashboards with analytics, you can create all types of things.

I’ve even seen decks that are now coming towards me of people who are building solutions to be able to create VR experiences without coding at all and I know that artificial intelligence is really close behind there’s more and more sort of products out there that are really looking to address that need.

Why is no code a smart way to build software?

As everyone knows building a startup is not just about building the product however it’s actually super important to also build the community around that product to be able to make it a revenue generating business.

No code software actually makes it much faster for you to be able to build a product so instead of taking sort of months or potentially years to build out something you can do it in weeks. It makes a big difference because usually you’re really bringing that first product to market testing it out and seeing how it goes and iterating on that to be able to find perfect market fit.

Previously you would have to hire developers, even some designers too and this could take you literally six months and anywhere from $50,000 all the way up to over $100,000. You either build a team internally of those designers and developers or outsource it to an agency and it is very costly to take your idea to a live product. 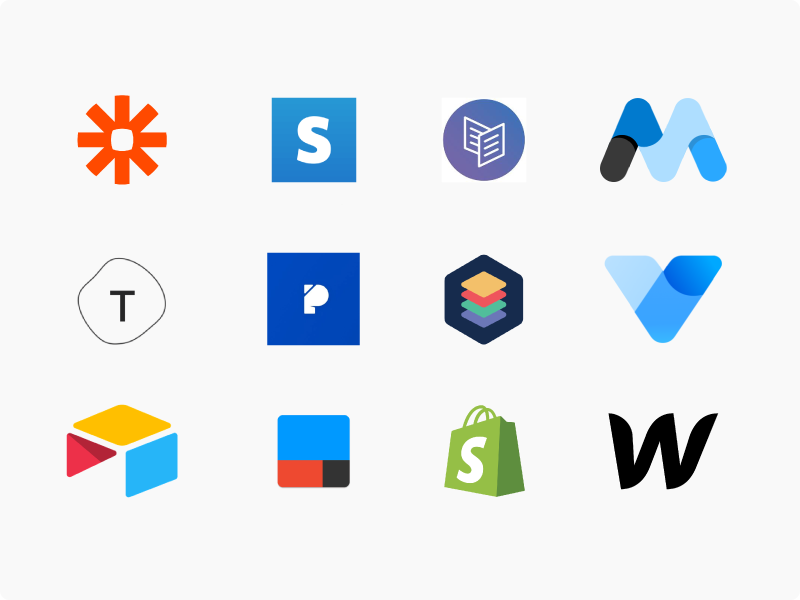 Along with that you’re making a lot of assumptions right saying hey I think I know what I’m going to build here and I’m going to hire someone and pay a lot of money and invest this in it and then I’ll get the product that I need and be able to take it to market. Then I can focus on marketing it get user feedback validation and iterate on that and improve it based off real user feedback right

Using no code software allows you basically to kind of jump ahead of that and use minimal time and resources and honestly some of these tools you can literally spend a few hours or a day at most and take your idea to a live product and go ahead and focus all your time and resources now.

How do you effectively market that product that you’ve built to real users to get some real feedback and validation on your concept. If you’ve actually built something that people want to use and hopefully want to pay for and then quickly iterate on that and improve your product still using minimal time and resources

So that’s a little bit about no code software. It allows you to do so in short it allows you to basically use minimal time and resources and get your product to market faster. Then get real users to focus on the marketing and the feedback that matters and scaling from there. It also allows you to operate with a solo founder capacity so you don’t have to hire a full team of designers and developers.

What that actually means is that as you launch your product without code using some of these different tools you can actually operate it yourself as a solo founder and not have to spend on monthly costs that are associated with having a full development team. And then also paying the typical infrastructure costs that come with custom software development.

A fast way to market

That’s actually a new kind of trend now with these emerging tools and platforms that allow you to quickly take your idea to live product and launch we’re seeing more solo founders. What that also means is that if you’re looking to start something, say for instance a marketplace you can actually just sign up for, you could take your idea and within 30 minutes to an hour have a live marketplace using no code software.

That means that you can do that yourself and that simply comes with investing the time and the learning of how these platforms operate and then how you can customise it for your needs.

Another benefit of not just being able to take your idea to a live product very quickly using minimal time and resources however is also being able to do that yourself. As a solo founder you can learn through that process which helps you refine your idea or your concepts taking it to a product yourself. So with that also comes the ability to operate very lean for a continued period of time.

How technical do you have to be, to use no code software?

You don’t need any technical skills to get started with no code software. Obviously, if you don’t really know how to use a computer I wouldn’t recommend trying to learn how to know code as the first thing you would do

What do you need to get started with no coding? You really just need a laptop or a desktop computer, an internet connection and then really the ability to sit down for about half an hour 1 hour 2 hours a day a week to be able to give the time that it takes to learn these tools.

Something you might be asking yourself sounds great so I can basically take my idea to a live startup using minimal time and resources.

It takes about six years to be a really good coder. You can also hire people that have a lower skill set developers usually cost between a hundred and two hundred thousand dollars a year. however, you can hire people who are no coders at a fraction of the cost so it really is going to affect not only the short term of your startup however also the longer term

About twenty years ago the best skill you could have to build a start-up was actually the technical skills. however I think that we’re kind of coming a full circle here and we’re going back to kind of the old school model where sales was kind of the the key thing that you needed to have to be able to build a business