What is the difference between Native Apps and Progressive Web Apps? 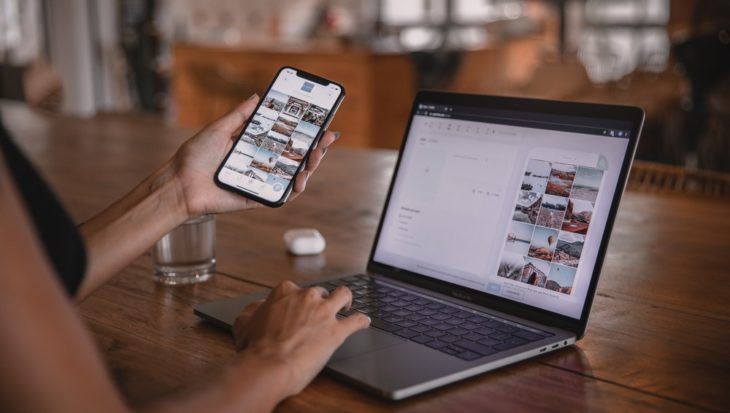 With the rise of JavaScript progressive frameworks, as well as GraphQL that is used for application programming interfaces (APIs), PWA development has become mainstream for companies of all shades.

Following the example of such giants as Adidas, Puma, and Lancome, other companies have jumped on the PWA bandwagon and started to transform their websites into web apps.

In this post, we will compare tried and true native applications with their cutting-edge progressive web analogs, bump the heads together and contrast their features to determine which development methodology is a good match for your business.

In a nutshell, a native application is a program that is installed directly onto the device and is coded in a certain programming language for a specific platform or device. For example, the combination of Java and Kotlin is used for Android apps, while Swift and React native are both a good match for iOS development.

In this regard, native apps are created at least twice. Another thing about native apps that worth mentioning is that a newly created app should be submitted to the App Store/ Google Play and the whole process may take up to 3 months to approve.

The greatest thing about PWAs is their ability to function just as a native app would, yet with the UX and UI of a full-scale native app. Such advanced websites are lightning-fast, mobile and SEO-friendly, intuitive to use, available from any browser and without an Internet connection, and, above all, can gain access to the device’s hardware and software to send push-notification and leverage system resources.

Besides, unlike the counterparts, PWAs have a single database for all platforms. As such, a web app basically works as a regular (but very fast) responsive site on desktops and as a native application on mobile devices. Since they don’t require a download, most users may install a PWA on their home screen and yet have no clue that what they are using is a progressive application.

Let’s emphasise the main difference between native apps and PWAs as both of them have their pros and cons. This will help you to decide which solution is the best match for your company’s mobile presence.

Unlike native apps that can be downloaded and installed only through Google Play and App Store, PWA can be found through a web browser and downloaded in a click.

In this case, the installation process takes no more than a few seconds. Besides, end users can add PWA shortcuts to their home screens as if they downloaded apps from the stores.

Frankly speaking, PWAs are harder to generate revenue in comparison with their native counterparts. The last ones can be integrated with payment processing via the user’s app store account, making such monetisation models as subscription fees or in-app payment viable. PWA is another story. They are flexible but their flexibility is a challenge here.

In order to monetise a progressive web app, you need a dedicated payment system, and premium features may vary across different devices. Native apps are clear winners here.

Both native apps and PWAs are able to provide offline functionality. However, progressive applications utilise cached data to serve only certain parts of the content to users with their devices disconnected.

Thus, anything that is not a part of this cached data will be unavailable till Internet connectivity is restored. For instance, PWA users can look through the content but if they want to order something or submit a request through a form, they will be unable to do it.

The size of files

As far as PWAs are based on JavaScript and uses client-side rendering which provides the ability to cache data to a user’s device, it makes them more lightweight. Thus, while the average Android app size is about 60 MB, the majority of progressive web applications are no heavier than 1 MB. So they can be up to 90% smaller than mobile apps.

If you are going to outsource a native app-building to an expert company, you have to be prepared to spend at least $100,000. The price can be much higher depending on how many and what features your application will have. Bear in mind that you need to create a separate app for each platform: the one is for Android devices and the one is for iPhones.

The average progressive web apps development price is between about $15,000. Besides, a user will get a responsive website along with a PWA, as a bonus.

Apparently, there is a big difference between those two formats. In case you are still in doubts which one is better for your business, here is a short summarising:

Choose a native app if:

What Is IaaS: Infrastructure As A Service Explained

What Is Lean Thinking and How It Can Work for You

Why Businesses Should Be Monitoring the Dark Web 19 November 2020

Accounting Software: Should You Choose Online or Offline Software? 4 August 2020

Interested in submitting an article? We love having guest authors. Find out how you can Write for Us.